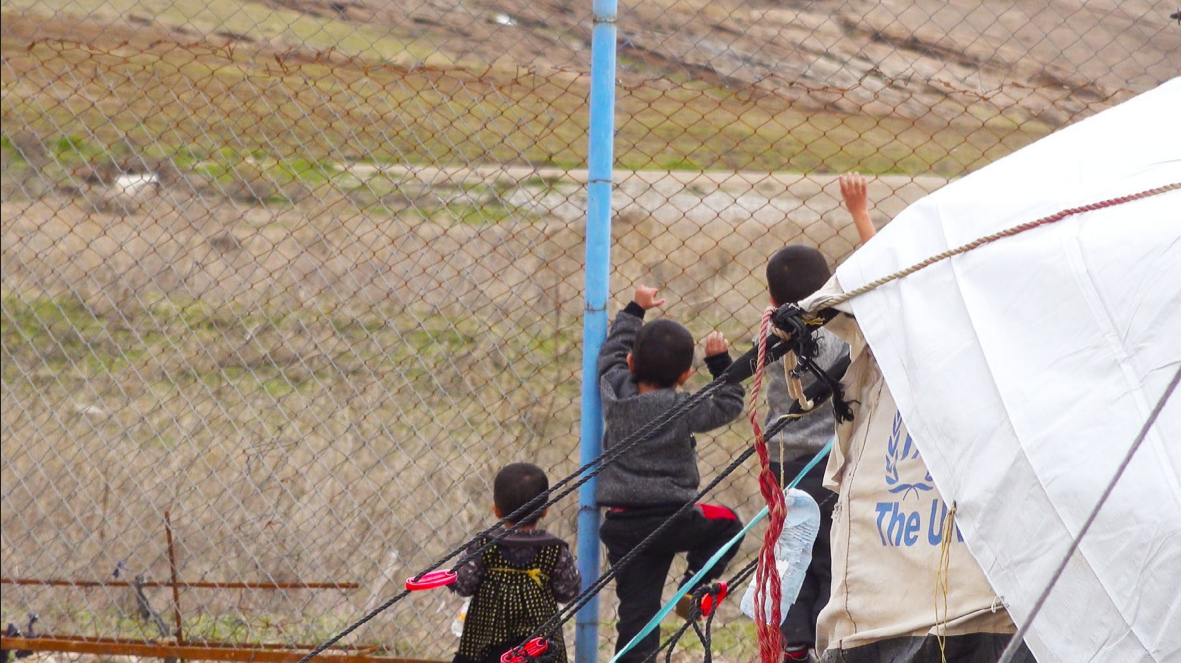 Tens of thousands of women and children captured from territories formerly controlled by the Islamic State of Iraq and the Levant (‘ISIL’) currently languish in detention camps in North East Syria run by the Syrian Democratic Forces (‘SDF’). Hundreds of these women and children are nationals of the United Kingdom, Belgium, France, Germany, and the Netherlands. Well over half are children, most of whom are under the age of five.

European States are currently engaged in the same exercise of seeking to put detainees beyond the reach of courts and legal remedies as the United States authorities attempted with the Guantanamo Bay detainees. Counter-terrorism and security experts warn that, just as Guantanamo Bay has become synonymous with the worst excesses of the war on terror and a potent recruiting tool for terrorists in the past two decades, the detention of women and children in the camps in North East Syria risks developing into a long-running human rights disaster, a site of dangerous radicalisation to violence, and a symbol of European hypocrisy and violence which fuels the next generation of ISIL inspired terrorism.

There is no question that the women and children located in the al Hol and Roj camps are subject to forced detention there. Women are taken away in the middle of the night – nobody knows where – while they have to leave their very young children behind without supervision or protection. Sometimes women and children are put in solitary.

“I know a Belgian woman who was in solitary confinement for a month with her five-year old daughter. They were in a room of the same size as toilets, in the dark.”

A French woman in the al Hol camp

Whether or not international humanitarian law applies, all forms of international law stipulate that persons cannot be detained arbitrarily and indefinitely without proper legal charge, or due process of law whereby they can challenge their detention.

Violence in the camps

The al Hol and Roj camps are fundamentally unsafe environments in which physical violence is common and psychological trauma is endemic. From June 2019 to June 2020, on average 25 people a month have died in the al Hol camp.

Officers of several humanitarian organisations posted in the camps have reported to RSI incidents of sexual violence and exploitation. Some women reported to RSI exchanging sexual favours for money in order to purchase basic supplies for their families. There are also reports of pregnancy in the al Hol Annex which, given the absence of detained adult men, and the due dates of children, raises the realistic likelihood of sexual exploitation by male SDF officers.

Not only the SDF guards act violent, the tensions between women in the camp run high. A major reason for violence in both the al Hol Annex and the Roj camp appears to be conflict between those women who remain strongly committed to ISIL ideology and those who either are, or are perceived to be, less adherent. Multiple sources have informed RSI that groups of women who fiercely defend ISIL ideology have set up their own ‘court’ in the al Hol Annex, issuing sentences against women who fail to follow their interpretation of Islamic law. The Kurdish Red Crescent has documented 11 cases of women killed by fellow detainees in the al Hol Annex in 2019. This constant threat of violence has also large impact on the mental health.

The majority of the occupants of al Hol and Roj camps are children, and they are particularly at risk of serious harm. Of the 517 people recorded as dying in the al Hol camp in 2019, 371 were children. RSI has recorded a number of instances where children of various nationalities have died in the al Hol Annex from war wounds, malnutrition, severe dehydration, respiratory illness, hypothermia, and carbon monoxide poisoning from tent heaters, or from tent fires caused by the same unsafe heating devices. RSI has been informed of the deaths of at least nine European children below the age of three across the camps, including five Belgian children (a one-year-old who died from malnutrition, one year-old twins who died of dehydration, an eight month old who died of a lung infection, and a stillborn baby).

As for mental health, a very large number of children detained in the camps suffer from a degree of trauma or post-traumatic stress as a result of events they have witnessed. RSI has learned that children are displaying clear signs of severe psychological distress such as epilepsy, bed-wetting, nightmares, and disordered sleep.

Orphans are in a particular position of vulnerability in the camps. By July 2019, UNICEF had identified at least 520 unaccompanied or separated children in al Hol camp. UNICEF considers that a number of the unaccompanied children in the custody of Iraqi and Syrian women in the al Hol camp may be from a variety of other unknown nationalities. These children are at risk of permanently being lost to their birth families in their country of nationality if the women in whose custody they currently reside are returned to Iraq or Syria.

A particular risk for children in the camps is the forced removal of young boys as they grow older. Because the al Hol and Roj camps only detain women and children, boys from the age of twelve are routinely taken by the SDF to unknown locations and holding them without contact with their mothers. Typically, these removals take place in the middle of the night, and involve multiple children at once. There has been no consistent explanation provided by SDF authorities to the mothers as to the reasons for the boys’ removal, and no confirmation of where they have been taken.

Water is often unclean and the camps lack sanitation facilities. Food supplies are inadequate and malnutrition widespread. Ration packages distributed by camp authorities contain dry foods: sugar, lentils, oil, and tinned goods. Fruit, vegetables, and meat are only available through markets accessible to those detainees with the funds. Doctors in a Belgian medical team estimated that 70% of the children they examined were malnourished.

Extreme weather conditions make living conditions in the camps intolerable. A major concern for women is the risk of fire due to the basic gas heaters supplied for the tented accommodation. Tent fires happen frequently – more than a dozen times last winter – killing young children.

Setting aside immediate risks, the adverse effects of detention in the camps for children’s long-term development are clear, and undermine children’s rights to education. The lack of stimulation and the stressful environment hampers cognitive development and will make the transition for European children back home a particular challenge.

Security concerns arising from the camps

Concerns that all detainees held in the camps are simply too dangerous to be returned are not convincing. RSI’s research suggests that some women were deceived into joining ISIL and forced or otherwise manipulated into travel to Syria by their husbands or ISIL recruiters. It is also true that a significant proportion of the women who originally travelled to Syria did so knowing that they were joining ISIL, albeit that many of them have said that they did not fully understand the consequences of doing so, or the true nature of the ISIL regime. For many of the women interviewed by RSI, Islamophobic treatment in their countries of origin influenced their decision to travel to Syria, with many saying that they went there in search of somewhere they could live and practise their religion in peace. It is significant that most of the women RSI spoke to in the camps had quickly become disillusioned by life under ISIL and some had attempted to escape.

“If countries aren’t willing to take back their citizens, especially the children, and give them a shot at a normal life and normal education, then the alternative is that they end up staying in Syria and becoming the next generation of ISIS.”

The real security threat is represented by the camps themselves. Security experts harbour very serious concerns that the continued detention of women and children in the camps in North East Syria represents a long-term threat by way not only of radicalization to violence and trauma for those housed there but also the rallying impact of the abuses there for ISIL and ISIL inspired groups worldwide.

Like the terrorism suspects detained at Guantanamo Bay, these women and children are afforded no legal rights or protections and are subjected to inhumane and brutal conditions. The report makes clear that European States have taken a decision to manage the possible security risk that these women and children pose by leaving them in detention camps in North East Syria, and it is they alone who have the ability to end it. Yet instead of complying with their moral and legal obligations by repatriating their nationals, European States have adopted policies and practices that maintain the legal black hole in which these women and children find themselves.

While European States claim that their security is best served by having these women and children detained by the Kurdish authorities in North East Syria, security experts have serious concerns about this policy. These security experts have stated that the real threat to state security comes from leaving people in a place where they are vulnerable to being radicalized to violence, especially in the case of minors, and where their dire situation can serve as a recruitment tool and rallying cry for ISIL and ISIL inspired groups worldwide. 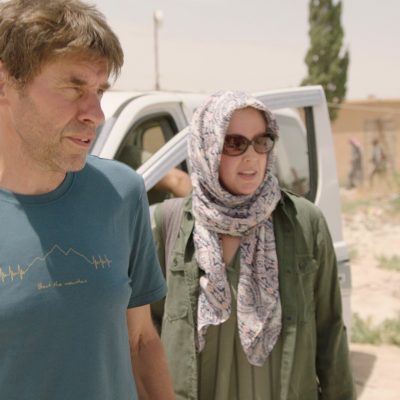