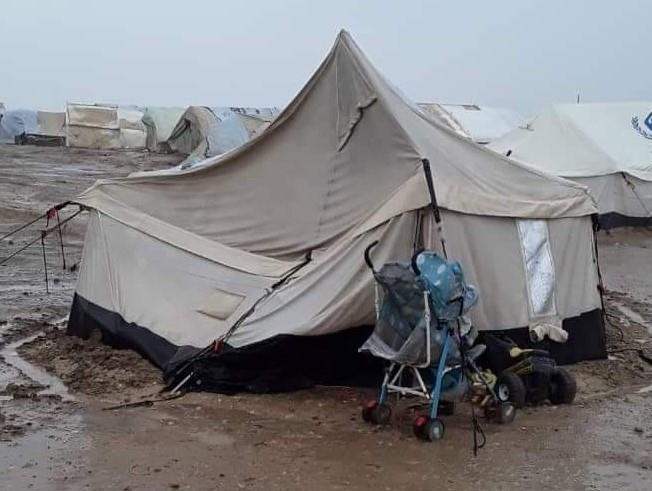 Call for the repatriation of European children detained in Syria.

On November 20, the world and European countries celebrate World Children’s Day, and commemorate the unanimous adoption by the United Nations General Assembly, today 21 years ago, of the Convention  of the Rights of the Child.  By signing this Convention, States undertake to defend the best interests of the child and the fundamental rights of children.

On November 26, 2019, on the occasion of the 30th anniversary of the International Convention on the Rights of the Child, the European Parliament adopted a resolution on the rights of the child, which stipulated, in its article 61 : [the European Parliament] « expresses its gravest concern regarding the humanitarian situation of children of foreign fighters held in north-east Syria and urges the Member States to repatriate all European children, taking into account their specific family situations and the best interests of the child as a primary consideration, and to provide the necessary support for their rehabilitation and reintegration; deplores the lack of action hitherto of EU Member States and the absence of coordination at EU level. »

A year has passed since this resolution, and the situation of European children stranded in northeastern Syria remains unchanged: 600 European children are still detained with their mothers in the Roj and Al-Hol camps, deprived of ALL the rights provided for  by the International Convention on the Rights of the Child. The children have now been in these camps for at least a year and a half for some, and almost three years for others.  The children survive in conditions that are still just as unworthy, threatened by the coronavirus epidemic which is spreading in the region and in the camps, without rights, without protection, without appropriate care, enduring in their flesh the heat wave during the summer and the freezing cold in the tents in the winter.  Deficiencies, trauma, chronic illnesses are not treated. These children are not entitled to any teaching, and a fortiori no teaching of their mother tongue.

Two thirds of European children detained in the camps are under 6 years old, and almost all are under age 12.  These children are innocent, and should be seen as victims. To date, European countries have only repatriated a few children from the camps, most of them orphans: this “case-by-case” policy, which consists of sorting out children, is discriminatory and arbitrary. The fact of having their mother alive becomes a handicap for the survival of the children, and this criterion transformed into a rule is unbearable.  All European children detained in the camps are vulnerable, all are innocent, all must be protected and repatriated.

That the declared commitment of European countries in favor of children in war zones cannot materialize nor apply to European children trapped in the Syrian war seems incomprehensible.  The abandonment of these children in the sordid world of the Syrian camps constitutes the most serious violation of the rights of the child committed by the democratic countries of Europe for thirty years.  Other countries have repatriated their nationals, and on a large scale: Kazakhstan, Uzbekistan and Kosovo have repatriated all of their nationals from Syria.  The United States has done the same.

So that ALL children are repatriated, so that the best interests of the child are finally respected, so as not to add to the trauma, we must repatriate the children with their mothers.  The latter will face the justice of their respective countries: the legal systems of European countries are solid, and make it possible to organize fair trials, even for acts committed abroad, while justice recognized and in accordance with the rules of  international organizations cannot be exercised in situ.  Leaving these children and their mothers in the camps longer carries a security risk in the medium and long term, which all anti-terrorism experts point out: the status quo only promotes indoctrination by extremist groups  and plays against the security of Europe.

Another winter is coming to Syria.  Syrian winter is harsh, and temperatures at night are negative, reaching minus 10 degrees.  Life in tents, in these conditions, is a nightmare, especially for children. Children should not have to endure another winter in the camps.  The countries of Europe can no longer continue to watch European children suffer and die.  We must act: for the security of Europe, for law, for justice.  Europe must respect its own principles.  Its principles of humanity. Its ethical principles.

We must save the European children detained in the camps in northeastern Syria and repatriate them without delay.

The Collective of United Families is an association which brings together more than 130 French families, whose grandchildren, nephews or nieces are detained in camps in Syria, and campaigns, with other associations and European parents, for the  repatriation of their relatives detained in Syria and Iraq.